The Green, Hawksbill and Loggerhead Turtle – Three beautiful sea turtles with unique features that are easily mixed up. Find what is special about them!

To the untrained eye or novice diver, you may easily mix up those species. After all, they’re all very closely related, have a beak and a shell like any other sea turtle. However, once you know the telltale signs, it becomes quite easy to distinguish between these beautiful, peaceful species.

There are many characteristics biologists use to differentiate between these turtles, but here are some obvious ones you can use to quickly and accurately identify them.

But before that, let’s quickly go over the parts that make up a turtle shell.

Carapace? Plastron? Scutes? What Are They?

The shell on turtles back is called the carapace, and the belly side is called plastron. They’re both made up of plates called scutes. The thin plates around the edge of the shell are called marginal scutes, the ones along the center are called vertebral scutes and the ones along each side are costal scutes.

If you get a chance to be closer to the sea turtle, you can observe their head and neck for another confirmation of which species you are looking at.

The hawksbill, as its name suggests, boasts a pointy beak much like a hawk. On the other hand, the green turtle and loggerhead beaks are much rounder and aren’t protruding. The loggerhead turtle head is also much bigger and rounder, compared in proportion to its body.

The Green, Hawksbill and Loggerhead Turtle – Three beautiful sea turtles with unique features that are easily mixed up. Find what is special about them!Click To Tweet

Among the largest sea turtles in the world, green turtles can weigh up to 200 kg (about 440 lb). Critter cameras and GPS trackers recorded them traveling 2,000 km (about 1,240 mi) to get from nesting sites to feeding grounds. They are mostly found grazing near grassy seafloors and are believed to get more than 100 years old. When females are ready to nest, they usually choose the same beach used by their mothers. They lay up to 120 eggs, and like many other sea turtle species, only a small fraction of these survive. Their eggs look similar to deflated ping pong balls and soft to the touch. Their gender is determined by the temperature of the surrounding sand during their incubation period.

Why are Green Turtles important?

Since green turtles feed on seagrasses and algae, they maintain the seagrass beds healthy and productive – you can compare this with trimming the plants from your garden, which is necessary to make them grow better.

When this turtle digests the seagrass, it becomes available as recycled nutrients to countless marine species living in the seagrass ecosystem.

Healthy seagrass beds lead to a healthy nursery habitat (a place where many species of fish and invertebrates spend part of their life to grow). Many of these species that depend on seagrass beds serve as food to hundreds of millions of people.

Why do we need to protect Green Turtles?

The World Wide Fund (WWF) listed this species as endangered since humans hunt green turtles for their eggs and meat. Their population is also declining due to the destruction of their nesting grounds by anthropogenic activities, fishnet-caused drawing and boat propeller accidents.

Visual clues at a glance

This species is not as large as other sea turtles, weighing around 68 kg (150 lb). Hawksbills carelessly cruise around reefs to graze on sponges and other plants, and generally stay close to reefs for protection against potential predators such as sharks. In the past, it was thought that hawksbills were the less migratory species of all turtles. However, satellite telemetry helped us discover that this species travels for long distances. They can live from 30 to 50 years and while they’re young their carapace is heart-shaped, elongating as they grow. Their head tapers to a sharp beak, which is where hawksbills’ name came from.

Why are Hawksbill Turtles important?

They are crucial for the healthy state of coral reefs. Since they eat the sponges from the reef’s surface, they are one of the reasons why reef fish can access their food in the reef.

The World Wild Fund (WWF) considers hawksbill turtles as a priority species, which means that it has an enormous ecological, cultural and economic value.

Why do we need to protect Hawksbill Turtles?

As hawksbills’ population declined by over 80% during the last century, they are in a critical stage of extinction. The reasons are mostly due to human impacts through pollution, climate change and hunting for their beautiful shells.

Visual clues at a glance

They are massive at 230 kg (about 500 lb), dive up to 230 m (about 750 ft) deep to regulate their body temperature and can get over 100 years old. Distinguished by their large head and strong jaws, loggerhead turtles are generally not mean spirited, although there have been cases where they attack people with their powerful beak. You may be cautious and respect their space. As if this wasn’t badass enough, they also feed on the incredibly poisonous Portuguese man-o-war jellyfish (just like the nudibranchs). They also feed on mollusks, crabs, sponges and urchins. Females nest about every 2 years and lay between 40 to 190 eggs per clutch.

Why are Loggerhead Turtles important?

To find their favorite prey, loggerheads excavate sediments from the sea floor, which is essential to maintain its balance. They also provide their shell as a habitat to at least 100 different species of small plants and animals.

Why do we need to protect Loggerhead Turtles?

The World Wild Fund (WWF) considered loggerheads as an extremely vulnerable species, since their nesting beaches are under threat from tourism development. As other turtle species, loggerhead is hunted for its meat and eggs and its population is decreasing due to pollution, climate change and bycatch (incidental capture).

Visual cues at a glance

Where to Dive and See These Beautiful Turtles

There are a number of organisations involved in conservation efforts.

Here are some of the best places to visit, if you are interested in seeing these beautiful creatures:

Sipadan Island – Permit fees are collected by Sabah Parks, the local authority charged with managing and administering parks in the state of Sabah. Part of the collection will go towards the Turtle Hatchery Sipadan Island Park.

Lankayan Island – When you enter the Sugud Islands Marine Conservation Area, the fees collected will go towards the Reef Guardian Sea Turtle Conservation.

Maratua Island and Sangalaki Island, located in Derawan Archipelago – Maratua is known as the Turtle Capital of Indonesia while Sangalaki has the distinction of having the largest known nesting population of green turtles in the Celebes Sea. World Wildlife Fund WWF Indonesia is involved in turtle conservation efforts in the area. 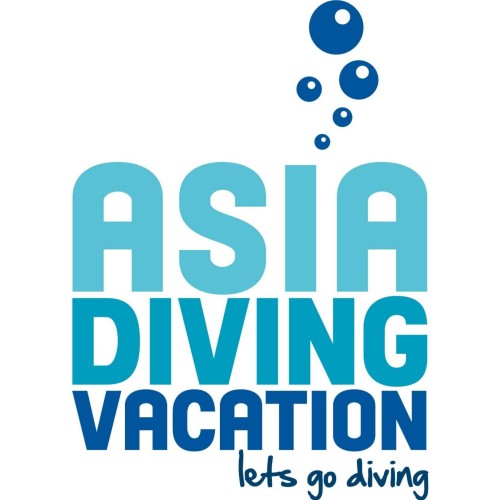 How to Chase a Manta