Anyone even moderately interested in diving will inevitably hear of Sipadan, a near-legendary island off the east coast of Malaysian Borneo that was created by a reef growing atop an extinct volcano that rises 600m from the ocean floor below.

Over the past few decades, it has established itself as one of the world’s top dive spots – and arguably the best in the whole of Southeast Asia. Among divers, it is famed for dense schools of barracuda, large pelagic species such as scalloped hammerheads, mantas and eagle rays – and, of course, one of the highest concentrations of green and hawksbill turtles anywhere in the world.

However, this small and seemingly insignificant speck of land has endured a chequered history that stretches back to long before the divers arrived. Here are six things you probably didn’t know about this remote submarine paradise.

1. How the Island Got Its Name

As is often the case, the origins of the island’s name have been obscured by the passage of time. You may occasionally read that Pulau Sipadan (pulau is the Malay and Indonesian word for island) means ‘border island’, and this would seem to make sense. Sipadan is located off the coast of Borneo roughly where Indonesian Kalimantan meets Malaysian Sabah and also where the former British and Dutch colonial territories rubbed up against each other. However, the Malay word for border is actually sempadan – so this theory can be discounted.

Another, more credible suggestion is that the name derives from the Siparan people, members of the local Bajau ethnicity who commonly travelled to the island to harvest the plentiful turtle eggs found there. The fact that Sipadan is still referred to as Siparan in the Bajau language may support this claim.

Probably the most popular theory, and certainly the grisliest, is that the island was named after si Paran, an egg collector whose body was discovered on the island long ago. The prefix si is an honorific title in Malay used to show respect or affection, and the island became known as Pulau si Paran – ‘si Paran’s’ island’ – which, in time, became Pulau Sipadan.

Whichever version is true, we know the island has been referred to as Sipadan since at least the 1840s because the earliest maps using the name date to this period.

2. A Bird Sanctuary Before a Divers’ Playground

Although the abundance of turtle eggs on the island and the common sightings of turtles in the sea may have hinted at the wonders of the aquatic world below, Sipadan was originally identified as a haven for birdlife.

In late 1932, during the colonial period, the Conservator of Forests of Sandakan proposed the creation of a bird sanctuary on the island. The implementation was confirmed in the Official Gazette of 1st February 1933, and a sanctuary for megapodes – large mound-building birds – was created. It was then re-gazetted in 1963 by the Malaysian government.

Ironically, the status of the island primarily as a bird sanctuary remained unchanged until the 1970s. It was only then that scientists began to explore the world beneath the waves and realised its significance as one of the most important marine habitats in the whole Indo-Pacific basin.

3. The Lighthouse of Sipadan

Sipadan itself is only a tiny spit of sand measuring roughly 12ha. Since the demolition of the diving resorts that once occupied the island, very few structures remain. From aerial photographs, one of the most distinctive buildings that still stands is a now-disused 24m lighthouse – though most divers visiting the island probably never notice it since it is mostly covered by foliage.

Now rather forlorn and ramshackle in appearance, the lighthouse had a minor role to play in one of the more contentious episodes in Sipadan’s story. For many years, ownership of Sipadan was disputed by Malaysia and Indonesia. This came to head in around 1990 when Indonesia noticed that Malaysia had started constructing tourist infrastructure on the island, and the matter was referred to the International Court of Justice in the Hague.

The litigation was finally resolved in Malaysia’s favour, with the existence of the lighthouse cited as an example of Malaysia’s ‘effective occupation’ of the island. While the lighthouse was far from being the vital piece of evidence that swayed the ruling, it still played its part in helping Malaysia win the legal battle for possession of the island.

4. A Wrangle Over Turtle Eggs

Another tortuous dispute concerned the right to collect turtle eggs on the island. In local culture, turtle eggs have special significance, traditionally being consumed at weddings and during religious ceremonies as well as providing an important source of protein. As a popular spot for turtles to lay their eggs, remote Sipadan became a favoured location for the harvesting of these eggs.

Back in 1878, rights to collect eggs from Sipadan had been granted in perpetuity to two families by the Sultan of Sulu in return for a licence fee payable as a portion of the eggs collected. This right was hereditary and was passed down through the generations of the families, who were still engaged in collecting eggs from the island right up to the 1980s.

By then, a handful of pioneering dive operators had already started taking intrepid divers on the arduous journey to the now fabled waters of Sipadan. In an attempt to protect the natural environment of the island and its seasonal reptilian visitors, the operators agreed to pay the families an annual sum of money in return for an end to egg collecting.

This situation continued until the late 80s when the Sabah government granted licences to 12 business to construct tourist facilities on the island. Afraid they would miss out on the potential tourist revenue, representatives from the two families brought the case to court, restating their right to collect turtle eggs as well as laying claim to the island itself.

After a bitter court battle, the ruling went against the families; now, turtles can lay their eggs on the island, free from the danger of them being removed for human consumption.

5. The Turtle Hatchery on Sipadan

One of the famous attractions for visitors to Sabah is the well-known Turtle Islands Park. This conservation area consists of three islands where visitors can learn about efforts to ensure the survival of endangered sea turtles. However, many people are unaware that there is another hatchery on Sipadan that manages to pass largely under the radar because it doesn’t promote itself in the way the Turtle Islands Park does.

A permit is required to dive or snorkel at Sipadan; however, this permit, doesn’t give access to the hatchery, and if you want to visit, you need to contact the hatchery directly to organise a tour. Located only around 150m from the jetty, the hatchery collects the eggs laid on the beaches and moves them to a dedicated area where they are protected from predators like birds and rats.

Half the eggs are incubated in the shade while the other half are incubated in full sunlight – the temperature affects the sex of the turtles, with higher temperatures being more likely to produce males. Baby turtles are released four metres up the beach rather than directly into the sea; apparently, this helps them remember the island when the time comes for them to return to lay eggs of their own.

Although far from the first to visit the island, the popularisation of Sipadan as one of the world’s premier diving spots will forever be associated with French marine explorer Jacques Cousteau.

Cousteau initially brought his team to the area in search of a mythical ‘scarlet octopus’ that was said to protect the islands. However, after conducting several dives in the area, Cousteau and his team soon realised the incredible richness and variety of the site. They also uncovered an underwater mystery in the form of a ‘turtle tomb’, a cavern full of the remains of countless drowned turtles; the story of this mystery is told in Cousteau’s evocative documentary, Bornéo: Le spectre de la tortue (Borneo: The Ghost of the Sea Turtle).

So impressed was he by what he found, the veteran explorer and diver famously stated ‘I have seen other places like Sipadan, 45 years ago, but now no more. Now we have found an untouched piece of art.’

Hearing these words and witnessing the stunning images of silver-suited divers exploring the haunting, claustrophobic caves of Sipadan, it is no wonder the world’s diving community began to take notice of this previously little-known wonder of the underwater world. Sipadan had been set irrevocably on the path to becoming one of the most famous and revered dive sites on the planet.

Looking to the Future

Over the years, Sipadan has survived fierce tropical storms and found itself at the centre of several controversies.

There are still problems to overcome. For example, even with visitors limited to 176 per day, the site remains under pressure, and diving tours from Semporna on the Bornean mainland are increasing levels of pollution.

However, for the moment, the ban on developing the island is holding. The long-term goal of having the site recognised by UNESCO is still a real possibility. If the site continues to be properly and responsibly managed, this precious natural treasure should continue to be one of the most coveted entries in any diver’s logbook for many years to come. 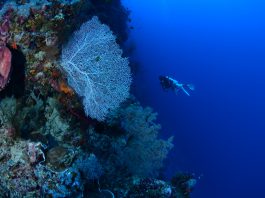 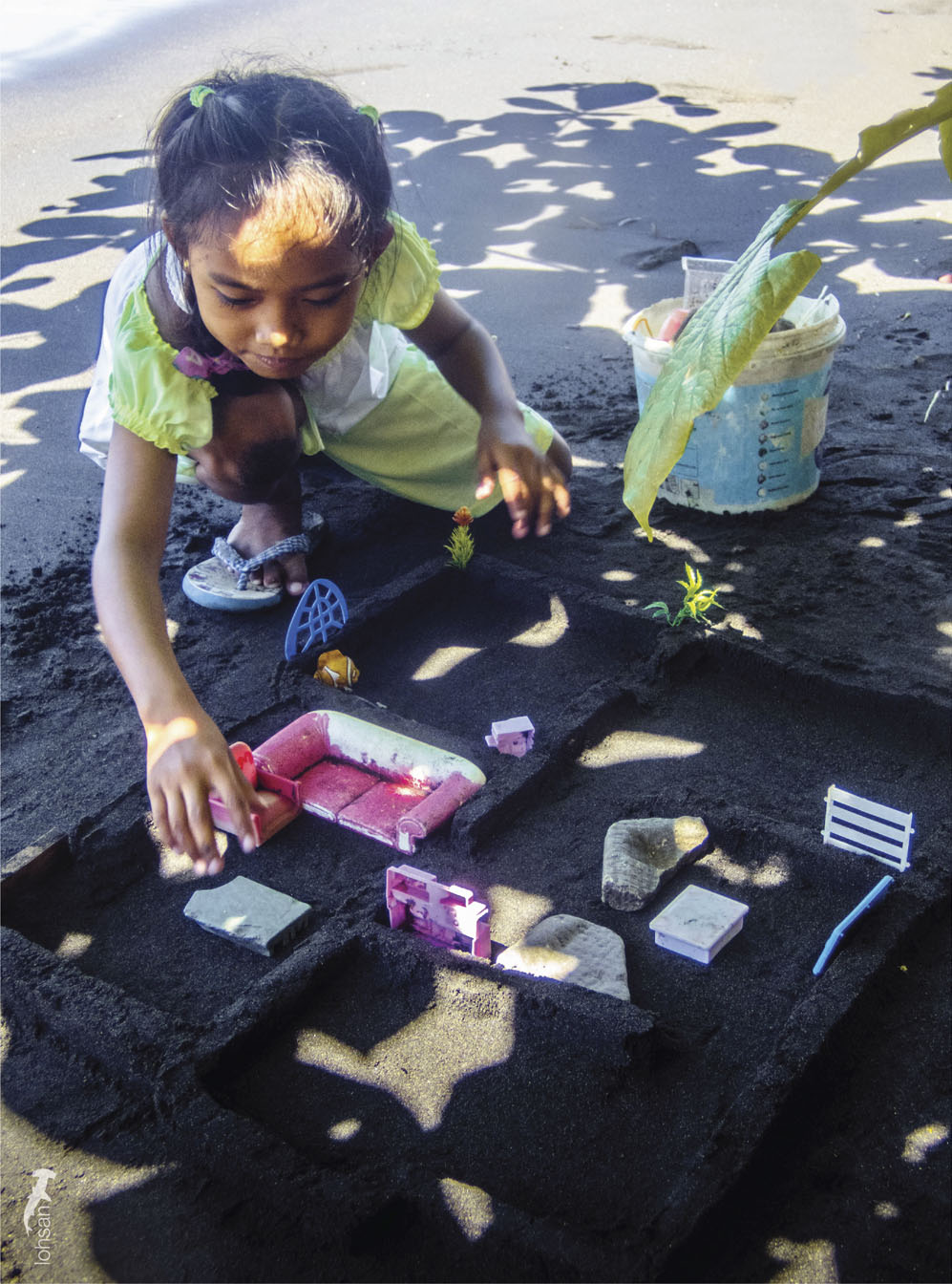 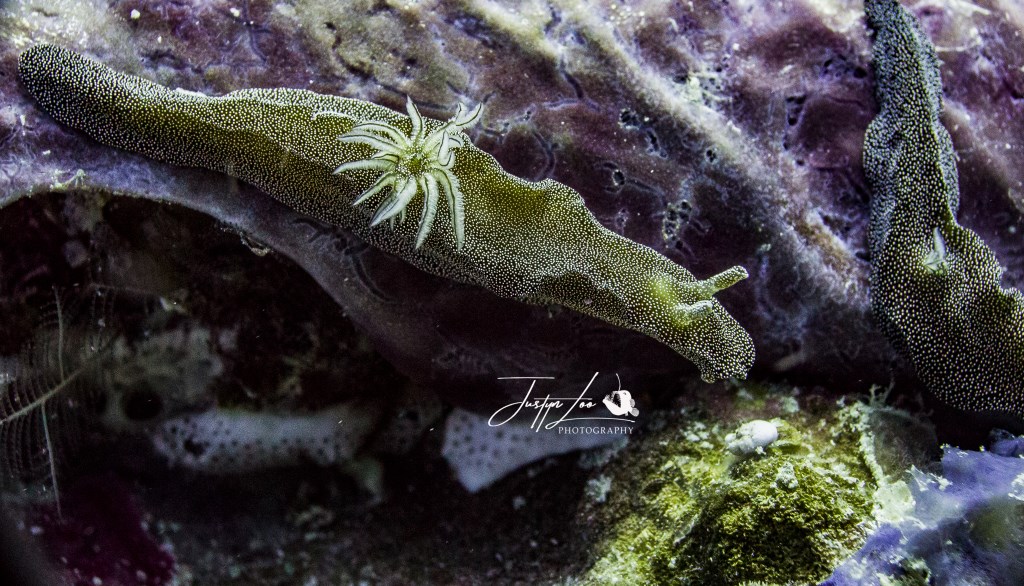 ABOUT US
Asia Diving Vacation wants to introduce you to the best of what scuba diving has to offer diving in Asia.
FOLLOW US
All writeup licensed under a Creative Commons Attribution-NonCommercial 4.0 International License. Some images copyright to their respective owners.
Go to mobile version