There is a very true saying that we protect and defend what we love. Whether it be our friends and family or more tangible items, safe guarding our passion is one thing that connects us all, something that certainly applies to the marine environment of Tun Sakaran Marine Park that is closely guarded, preserved and monitored by Sabah Parks.

The Tun Sakaran Marine Park, also known as “The Semporna Islands Park” is the largest marine park in Sabah, Borneo comprising of eight individual emerald green gems set in the azure crown of the Celebes Sea.

Officially gazetted as a protected marine haven in 2004, Tun Sakaran Marine Park is nestled in an area exceeding 350square kilometers, sharing it’s home with over 2000 village settlers from within the Bajau Laut community.

Each island with its very own character hosts a variable smorgasbord of adventure awaiting the bright-eyed traveller, and all are within easy reach of the nearby Semporna town mecca.

From the mountainous ranges of Boheydulang to the undeniable beauty of Sibuan, Pulau Maiga and Mantabuan, visitors to this area will be treated to a sensory feast of delights.

From the moment of departure through the bustle of the Semporna waterways, it is easy to spy the high ridges of Boheydulong. Probably one of the most photographed islands from various vantage points in this region, this crescent isle, nefariously linked with it’s neighbour Pulau Bodgaya is reminiscent of the film, “The Beach” sheltering a lake-like lagoon at it’s very epicentre.

As early as the late 1970’s, proposals were being put in place to establish forest and bird reserves on these two islands and upon arrival, it is easy to see where this thought process came from.

If an exhilarating jungle walk is your thing, then you will not be disappointed on Boheydulong. Escorted by a local guide, from leaving your arrival point, you will quickly realize that Boheydulong (the second largest island in the group) will promise to be one of the most amazing views of the area for those that are prepared to make the walk. As with all of the local islands, there is meaning behind the name of Boheydulong, literally translated to “water pools”. Climbing up through the meandering pathways and looking down, the rationale behind the name begins to make sense. The multi-coloured blues and greens of the intertwining lagoon and overhanging mangroves are a sure sight to behold.

After a 40-45 minute hike up to the peak that sits proud into the shimmering blue sky, you would have ascended the 600-metre trail to the summit. Here it is time to get your camera out, as the view is incredible. On a clear day, (of which we are blessed with many in Sabah) it is easy to get not only a birds-eye view of the entire park from this vantage point but also to other islands beyond the reach of the park also.

Adjacent to Boheydulong lies the eminent Pulau Bodgya. Originally earmarked as a forest sanctuary, today she is home to a sheer delight of vegetation where some of the largest of the parks trees can be found. Unlike many of the other coral cays in the park, Bodgya cannot be safely navigated along the outer rim as many cliff faces veer vertically towards the summit from the shoreline.

The internal lagoon to both islands is as picturesque beneath the waves as it is on the surface. Due to the unique shelter and shallow depths that this lagoon offers, it is the perfect place for the less experienced snorkeler to enjoy all of the marine wonders that Borneo has to offer. Likewise for the seasoned photographer wishing to capture images of the simple Bajau lifestyle, it is an ideal venue to just sit back and people watch capturing them in the daily lives.

What makes Bodgaya relatively unique is the quant Tetagan Island, linked by a shallow channel and completing this particular arc of the park. Previously inhabited by a small Bajau community, the island these days lies uninhabited with just a simple burial ground remaining. Land visitors to the island are asked to treat this particular sacred island with respect, as there certainly appears to be some deep spiritual connection felt on this island which is likely to stem from it’s rich history as one of the first smaller isles to be inhabited decades ago.

Leaving the inner rim of these main two islands, we head to the first cay of Pulau Sibuan. Dream of walking bear foot along a white sandy beach with bath-type temperature water swishing between your toes? Then this is the place to go. A real paradise for both aqua lovers and landlubbers alike, Pula Sibuan is still to this day heralded as one of the most gorgeous looking islands in the park. On the southern end of the isle sits one of the most stunning sand-banks to be found almost anywhere in Asia and is the most perfect place to simply sit in silence, close your eyes and be at a total inner peace with yourself.

A divers delight, Pulau Sibuan has a bit of everything. From the northern tip, heading in the direction of Church reef, scuba divers are dropped off at “Hawksbill Highway”, and as the name suggests never fails to provide sightings of the critically endangered Hawksbill Turtle. Smaller than their “Green” cousins, the Hawksbill is easily identified by their hawk shaped bill and feathered carapace (shell). Sometimes a little more shy of divers, the Sibuan Hawksbill’s always seem a little more curious of divers and make a perfect subject for that underwater snap.

For a more adventurous piece of scuba fun, ask your scuba guide to take you “The Drop Off” situated on the outer edge of nearby Church Reef. Starting at 20-22 metres, this wall site is great for those divers who enjoy to drift along with a light current, with tube sponges clinging to the ledge, the site is regularly visited by Eagle Ray, and if you are lucky the occasional passing Manta. The safety stop of this site is particularly pretty, so much so that divers often like to spend as much time at this place than at deeper depths!

Hopping further south from Sibuan we arrive at the tropical paradise that is Maiga Island. Whilst all of the tropical islands around the park are unique, Maiga Islet as it is also known, not only has the outstanding natural beauty of many others but is also home to an incredibly hard working community of Bajua sea gypsy’s.

Unlike many other island communities in the area, the residents on Pulau Maiga rely soley on fishing as their only source of income. Many visitors can just pass the day on this incredible isle by just watching how the community, young and old bond together and work tirelessly for their catch for the good of the island.

Despite fishing being the main activity for the islanders, under the water, Maiga is teeming with reef life. The corals are well protected from the monsoons on this isle as is the marine life so prepare to see such delights as dancing Angel Fish, Blue Tang, and Snappers darting across the sides of the reef, and of course Clown Fish galore.

One of the smallest but brightest little gem in the crown of the park is Mantabuan Island situated opposite the big brothers, Boheydulong and Bodgaya. She may be small but she is a supremely beautiful island, occupied by just a handful of island folk and a local army outpost.

The circular reef around Mantabuan is a favorite with many local operators due to its incredible biodiversity of hard and soft corals close to the surface, and it’s close connection with the nearby Kapikan Reef. This multi-level dive location offers some stunning dive experiences from “The Channel” to “Ray Point” and still remains remarkably unpopulated both above and below the water.

Sit amazed at how the local community manage to build their stilted Lepa-Lepa houses over the shallower parts of the reef, and like other islands in this little slice of heaven, don’t be surprised to get that friendly Bajau smile from the residents as you pass by.

If the park could have a “capital city” it would be Pulau Salakan. Salakan is the most densely populated of all of the islands on the park, it’s name originating from Panglima Salakan who first visited the then uninhabited island to plant coconut.

These days, the native chief of the village is a direct relative of that original founder, Panglima Rubbani Bin Imam Isnin, a much loved and respected man as he houses the parks only school for the local children.

Like any bustling town, compared to many of the other cays in the park it is a busy little town and waterway, but a real hive of local culture not to be missed.

Consisting of hard coral limestone protruding from the seabed, the island is steeped in history with its rock-based shoreline covering most of the island. Therefore it is not so much of a sand lovers paradise, but a true step-back-in-time for those who want to witness the local flavours.

Despite the minimal beaches on this particular island, the diving here is as awe inspiring as the neighbouring isles, with multitudes of reef life living in harmony with the menagerie of corals and sponges. More of a macro-lovers area, those with sharp eyes can identify a wide array of nudibranchia, coral shrimp and Fire Goby.

A stop at the final island in the park, Pulau Sebangkat can be made on your return to Semporna town, as it is the closest to the mainland.

Despite it's relatively small size in comparison to other islands in the park it actually offers some of the richest experiences on land and sea.

Operating from the island is one of the areas most active seaweed farms where seaweed is cultivated form the nearby shallows, dried on land and then conveyed to the local market in Semporna. In fact the nutrient quality of the seaweed is so good in these waters that vendors will often travel half way across the state just to make their purchases in the town.

For the divers amongst us, what marine life loves seaweed also? Seahorses! Yes, for the eagle-eyed scuba guru, you may get to spot them living amongst this little Bajau goldmine and they make excellent subjects for the underwater photographers amongst you. On slightly deeper dives around the island pink Georgian Seafan’s adorn a small subterranean ledge, which acts as an equally attractive channel for inter travelling turtles between the islands.

In summary the incredibly stunning islands of Tun Sakaran Marine Park are an absolute must to visit whilst you travel through the East coast of the state. With no less than 101 different dive sites available in the total area you wont have time to visit them all, but certainly a day trip or two to this incredible park will leave you with both lasting memories and a total desire to return.

Scuba diving occurs all year round at Tun Sakaran Marine Park with visibility ranging from 10 meters to 20 meters. 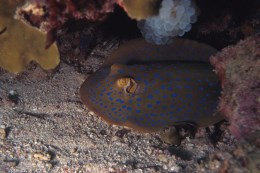 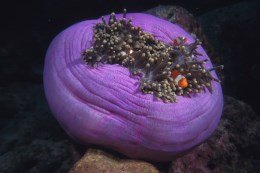 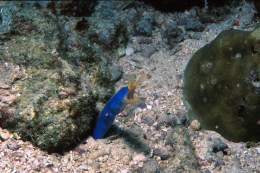 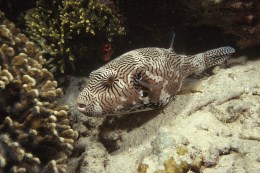 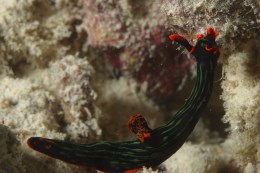 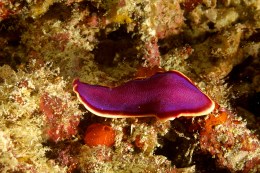 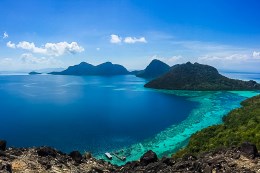